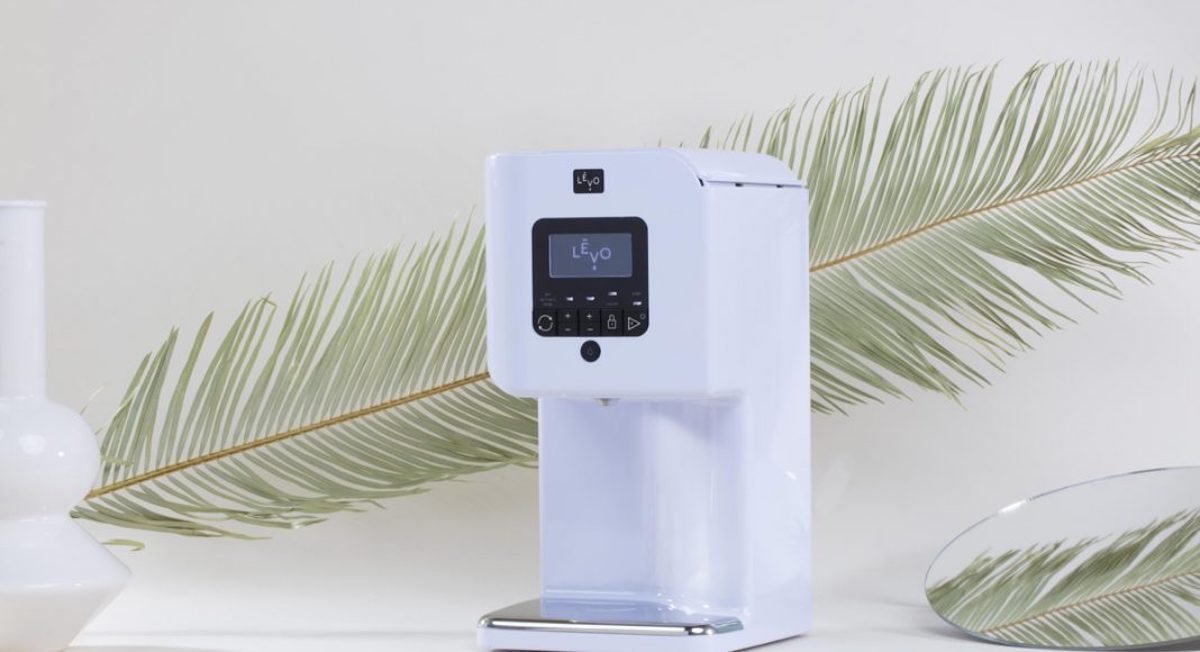 The first time I tried to decarboxylate and infuse butter at home on my own, I thought to myself, “there must be a better way to do this.” The Levo II oil infuser claims to be that easier way. With its three-stage process, the Levo II will dry, activate, and infuse a butter or oil of your choice. But does it work, and is it worth the $350 price tag?

Reading through the instructions, the steps seem easy and straight forward. Unlock the lid on top of the machine, remove the pod from the basin and add your flower. Select “Activate” and within 30-45 minutes your flower is now activated. Now add the butter or oil of your choice, select “Infuse” and wait two hours. Finally, drain the infused butter or oil into a container and you’re ready to create whatever culinary concoction you can dream up.

The Levo II is a sleek looking device that comes in five different colors: black, blue, white, red, or yellow. We were sent the red color to test out and I have to say, from a kitchen appliance design perspective, I’m impressed. It looks good sitting on your counter.

The very first thing we tried to do was pair the Levo II with the smartphone app–this, we didn’t have much luck with, unfortunately. But the smartphone app isn’t required to be able to use the product so it worked out okay.

When we first took the pod out of the Levo II to fill it with flower, we were a bit surprised by how much flower we would need to fill it. In our testing of the product, I’d say we put in about $100 worth of flower into the pod to be used for infusing the butter. The entire process to fill the pod took about 5-10 minutes because we broke up the flower into smaller pieces before placing them into the pod.

Once we got the flower packed into the pod, we had to put it into the Levo II to activate it. The Levo II has a marker on the top indicating where to place the pod, simply push it up against the side wall and it’ll stick there. Once you have the pod placed in the Levo II, simply close the top, turn on the device, and select Activate from buttons on the front, then press the Start button and you’re off!

And then you wait

One of the biggest issues people deal with when decarboxylating cannabis is the overwhelming aroma of marijuana that fills your space and potentially the space of others. The same is true when using the Levo II, I had hoped it wouldn’t smell as cannabis-y when using the Levo II but that wasn’t the case, at all. In fact, we received reports that we were stinking up the hallway of our building. Sorry!

We also noticed that the Levo II was pretty loud during both the Activate and Infusion processes, more so during the infusion process as the basin (which contains the butter or oil) in the Levo II is spinning around at high speeds.

The other big issue when decarboxylating cannabis is not knowing how successful the decarboxylation has been. That’s also somewhat true with the Levo II. While there’s still no way to tell how successful the decarboxylation process was with the Levo II, perhaps there’s some benefit in knowing that it’s been designed to work specifically for this purpose. And in our testing of the cannabutter we made using it, we had decent results with regard to the high.

If you’ve never tried decarboxylating cannabis before, be aware that with or without the Levo II, it is a time consuming process. As noted, even when using the Levo II to infuse, it can take over two hours.

Once the Infusion process has completed, you can easily dispense the butter or oil by pressing the big drop-looking icon on the front of the device. All you need to do is put a container underneath the nozzle and then press and hold to empty the Levo II. Obviously if you made cannabutter, the butter that is dispensed will be liquid. Just stick it in the fridge or freezer and let it sit for a few hours–it will solidify.

Now that your infusion has been dispensed, open the lid and take out the now toasty brown flower sitting in its pod, throw it out, and clean up the machine and all of the components. To help make your life easier, we would recommend you clean everything as soon after you’re done as possible.

What’s nice about the Levo II oil infuser is that it does exactly what it says it can do. Dry, Activate and Infuse butter and/or oil. If you don’t know how to make your own cannabutter and cannaoil at home this product is perfect for you. That being said, while the Levo II definitely makes it easier to infuse cannabis into butter and oil, the $350 price tag may be a bit steep for a product that replaces nothing and saves no time.